More than 3 million cataract surgeries are performed in the U.S. every year, with the majority resulting in excellent, clear vision. This is good news for many people over age 50 who experience cloudy, blurry eyesight due to cataracts. Recent research shows cataract surgery may have added benefits for older adults with Alzheimer’s, improving their overall quality of life. Here, Dr. Michael J. Collins takes a look at the connection between cataracts and Alzheimer’s.

The Link Between Cataract Surgery and Alzheimer’s

Alzheimer’s is the most common type of dementia, a disease that causes problems with memory, thinking and behavior. The majority of people with Alzheimer’s are 60 or older, with symptoms usually developing and worsening over time. Although poor vision is not a symptom of Alzheimer’s, research has shown it is related to impaired mood and thinking skills caused by the disease. It should be no surprise then that researchers have long wondered whether improved vision can lessen or alleviate symptoms of Alzheimer’s.

Researchers in Paris, France recently studied 46 men and women with Alzheimer’s who had undergone standard cataract surgery. After surgery, distance and near vision improved dramatically in all but one of the Alzheimer’s patients. One in four patients also experienced improvement in thinking and memory skills, while many showed lessening symptoms of depression related to Alzheimer’s.

The researchers also found sleep patterns improved, and the nighttime behavior problems related to Alzheimer’s decreased in most study patients. Previous studies have shown that when cataracts are removed, levels of sleep-regulating hormone melatonin become normalized, decreasing the chances of nightly outbursts and behavior issues that are common among people with Alzheimer’s.

At Collins Vision, Dr. Michael J. Collins commonly performs cataract surgery on people over age 60, including those with Alzheimer’s. Dr. Collins will use local intravenous (IV) sedation and topical anesthetic drops. He creates a small incision in the eye and uses ultrasound energy to break the clouded lens into microscopic particles, which he then suctions from the eye before inserting an intraocular lens implant. The procedure generally takes 15 minutes to perform and can achieve safe and effective results for people with cataracts who long to restore their vision.

If you are interested in learning more about cataract surgery, reach out to Dr. Collins. He or one of our friendly staff members will gladly answer all of your questions. Contact Collins Vision today by calling (239) 936-4706. 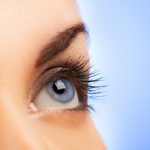